Posted about 6 years ago
Back to Blogs 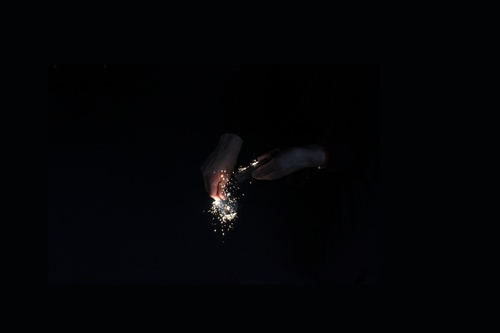 The mornings have grown frosty and the nights cool and crisp, November is here and for those of us in London we’re kicking things off with a bang – literally.   It’s time to get fired up if you are heading out to one of the many parties or firework displays that are set to ignite the capital this weekend.

Remember, remember the fifth of November…

This year marks the 411th anniversary of the failed Gunpowder Plot.  Guy Fawkes Night, aka Bonfire Night, aka Firework Night, commemorates the failed coup in 1605 with current traditions beginning the same year in the night between the 4th and 5th of November.

We all know the story of Guy Fawkes, how he tried to blow up the House of Lords and was caught;  but for those who aren’t familiar with the Bonfire Night tradition, the following is a (brief) history as to why every year the effigy of Guy Fawkes is burned on bonfires across England.

It’s said that Fawkes, possessing an expertise with gunpowder, was recruited to join Thomas Wintour and Robert Catesby (the group’s ringleader) in what would become known as the Gunpowder Plot.  Fawkes role in the conspiracy was to source and then ignite the explosives.  Yet their plot was foiled and Fawkes was found with the 26 barrels of gunpowder beneath the House of Lords – directly below where the king would have sat the following morning for the opening of parliament.

Catesby evaded capture leaving Fawkes, to serve as a propaganda coup for the Protestant English, he was tried as a traitor and instantly became a bogeyman symbolic of Catholic extremism.  The night of his capture, bonfires were lit to celebrate the safety of the King.  Today Fawkes’ legend lives on through fireworks and his effigy being burned on bonfires annually in remembrance of the failed plot.

Get fired up…The main action takes place on Saturday November 5 2016 with a weekend’s worth of festivities.

Top 10 places to celebrate around London: 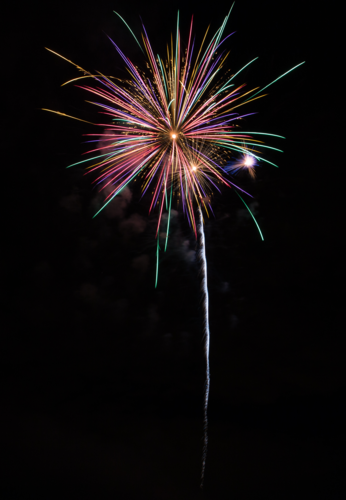 Victoria Park - The celebrations will be hosted by the Mayor of Tower Hamlets. Food and beverage stalls will be available from 6pm, with fireworks kicking off at 7pm. Bow London E9 7DD

Alexandra Palace - The grounds of Alexandra Palace will have not one but two nights of stunning firework and laser displays. This is a child-friendly event, with face-painting, ice skating and funfair available. You can also catch a spooky Day of the Dead Parade across the park, as well as a German Bier Festival. Prices start from £11 for adults. Alexandra Palace Way London N22 7AY.

Bishop’s Park - There will be two Shakespeare-themed fireworks displays, with a children’s fireworks at 7:15pm and the main fireworks display at 8:10pm. You can enjoy rides and funfair, including stalls of food and drink, throughout the evening. Bishop's Park Fulham London SW6 3LA.

Beckenham Fireworks at Croydon Road Recreation Ground - Beckenham Fireworks in the Park has celebrated Guy Fawkes Night since 1946, and this year will have two fireworks displays; the first, a quiet display for children/autism friendly, will be at 7pm and the main firework display at 8:15pm. Prices start at £10 for adults.

Carshalton Bonfire – A site to see; this bonfire is ‘famously enormous’.  Catch the train out of Victoria and in 28 short minutes you can fest your eyes upon a glorious firework display which follows the traditional burning of the Guy.   Tickets are £7.50 at the gate and kicks off at 7pm Thursday 3 November.

Fortismere School Fireworks – Not your average display in the workings as Forismere has enlisted the help of the team who lit up the Glasgow Commonwealth Games.  Will surly be a well-choreographed production!  Display starts at 7.30 on Thursday 3 November.  £7 at the gate and children under 5 go free.

Primrose Hill – It’s vast, it’s high up and best yet it’s free!  If you can’t decide where to venture to, then make Primrose Hill your destination and you’ll be able to catch all the displays happening across the capital.

OXO Tower – Take a seat at The Bar it’s eight floors up.  There’s no need to wrap up nor BYO(hot)B because at this venue you can drink in more than the view.  FYI cocktails start at £14.

Aqua Shard – If you don’t fancy a seat at the bar, perhaps a table in the window 31 floors up is more your style?  Main courses start at £19.50 make a night of it and enjoy the city’s displays with a birds eye view.

*For a more detailed selection of local area or those further afield check out the listings here.

Not to worry, if you can’t make these, there’s continued firework action at the Lord Mayor’s Show and Fireworks later in November.